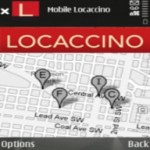 Locaccino is a location-centered social application that was developed in the Mobile Commerce Lab at Carnegie Mellon. The idea behind the application was to allow its users to share their location with friends.

Unlike other services, the technology behind Locaccino allows to easily define the times when the user would like to share her locations together with the possibility to create groups according to location preferences. For example, using these preferences, a user can set permissions to show co-workers her location between 8AM – 5PM.

END_OF_DOCUMENT_TOKEN_TO_BE_REPLACED

How Facebook Places will bring location based services to the mainstream

It has been a week since Facebook announced the launch of their new service, Places. In a nut shell, Places brings the integration of location into our Facebook accounts and displays a Check-In notice on our wall, just like a status message. The service has launched gradually throughout the days and now more and more users can use this new functionality on their smartphone.

This new service wasn’t a surprise to people that deal (work, fund or research) social networks since the word about its development  was around for quite a while now. Nonetheless, the press conference that was held received a vast coverage both in US and international media. Many people, especially tech-savvy users, downloaded the new application with the built in location check in function and started using it. It didn’t took long for notes to appear on blogs and forums saying that there is nothing there. END_OF_DOCUMENT_TOKEN_TO_BE_REPLACED